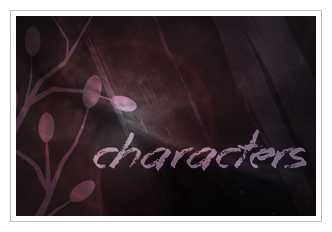 Grew up in a poor neighborhood of the inner city with most of her extended family. They’ve been in the house for about three generations. Most of the family work blue collar jobs or get in to a lot of shady business. Eliza’s mom wasn’t having any of that. She married a man with his own business (a car salesman), and together they bullied and terrorized their children in to working hard at school.

Despite having a wild streak, Izzy always made sure to get the grades. She got through college with a combination of scholarship, part time jobs, and parental savings. She’s actually the first of her siblings to finish school despite being the youngest. (One brother works at the dealership with their dad, the other is a dishwasher at a restaurant owned by extended family.) Though she did have a few incidents in college being a drunk party girl. She’s great with her liquor up to a point and then a switch is flipped and she turns in to a bar dancing stripper.

Izzy got serious when she interned at her first job. She takes her career seriously. It’s a weird combination of her traditionalist dad who insists she doesn’t need to work too hard because she can marry a good man to take care of her (like he did for her mom), while her mother demands that she gets that money and is fully capable of being a strong independent woman that don’t need no man (but also pls bby we do want grand childrens). Though she is professional, she’s not opposed to using dirty tactics to get ahead. If she knows your weakness, she’ll use it. Very good at playing whatever role is necessary to schmooze a bossman or client. A sassy monster to her coworkers. Not cruel or a bitchy, but she’ll give people a hard time and steal their clients if they’re not careful. Her decisions can be morally grey, but she’s never crossed a line to screwing anyone over that didn’t justifiably deserve it. There is only one time she got super drunk at an office party, and that night is legendary — for everyone but her. She doesn’t remember most of the night and her bra is still missing.

She has not had much of a social life since she was in college. Izzy dated a lot back then until she got involved with her series boyfriend. Things were put on hold when he shipped out in the military. They had a nasty breakup when she found out he’d been back home for weeks and never told her. She tells her family they’re still together though so they won’t keep hassling her about dating. They’ve given up on her getting married, but that hasn’t stopped the grandchildren requests though.

Really loves animals but has no time for pets. She’d like to have a dog.