5’5″ Long Black hair, usually in some form of a braid. Brown eyes. Devastating pretty. The kind of pretty that starts wars. She is the miniature image of her mother.

Young and has just finished the bulk of her schooling. She’s well educated in a wide variety of topics. Languages, Politics, History, Sciences, Magical Theory — everything a future Queen needs to know. She knows and understands what’s going on in the world, but has had little experience or direct contact with it due to being under constant guard. She’s not naive, but still has moments of youthful arrogance.

Sissel has recently returned home to continue her education on what is required to run their empire and to take her place in the hierarchy.

All Sissel has ever wanted was to grow up and be a strong, powerful woman like her mother. She understands that once day she will take up the mantle of Queen and she wants her mother to be proud. The woman has never exactly been heartwarming and Sissel needs her approval.

Sissel has issues with authority. Partly because SHE is the authority, but also because she tends to ask too many questions. If she has to do something, she expects to be told a satisfying reason as to why. She’s not actively trying to be a pain in the ass, but will still refuse to be cooperative when she doesn’t like the answers.

She knows she’s attractive and how to use it, but doesn’t realize she’s that dangerous kind of attractive and that she inadvertently causes trouble. She’ll flirt, not always understanding when someone is being playful, or when someone is being dead serious. There is a long list of people both infatuated and scorned and not all of them are forgiving.

Something hasn’t felt right since she’s returned home. She assumes it’s just because she’s been away for so long and maybe things feel different now that she’s older and sees the world differently. Still, it’s unsettling and it’s starting to irk her. 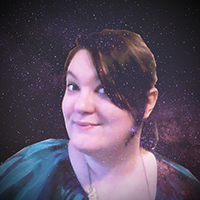